Education for rehabilitation and rebuilding confidence in war-torn children: Perspective from a Yezidi from Camp Khangee in Northern Iraq

Education for rehabilitation and rebuilding confidence in war-torn children:

Perspective from a Yezidi from Camp Khangee in Northern Iraq

The American University of Kurdistan

“I want to be educated, it is my only way to fight Daesh”

When the Education for All (EFA) goal was declared at the World Education Forum in Dakar, Senegal in April 2000, many educators could not have imagined that the world would be so torn by war and conflict over the years since the forum. A large number of the world population is homeless, facing genocide and have been displaced from their home country due to war, political instability, or religious repression.

According to a recent press release from UNICEF, it is estimated that more than 14 million children across Syria, Libya and Iraq are now suffering from the escalating conflict in those regions. With the conflict in Syria now entering its fifth year, the situation becomes grimmer each day, especially for those 5.6 million children inside the country. 2.6 million Syrian children are still out of school (http://www.unicef.org/media/media_81172.html). 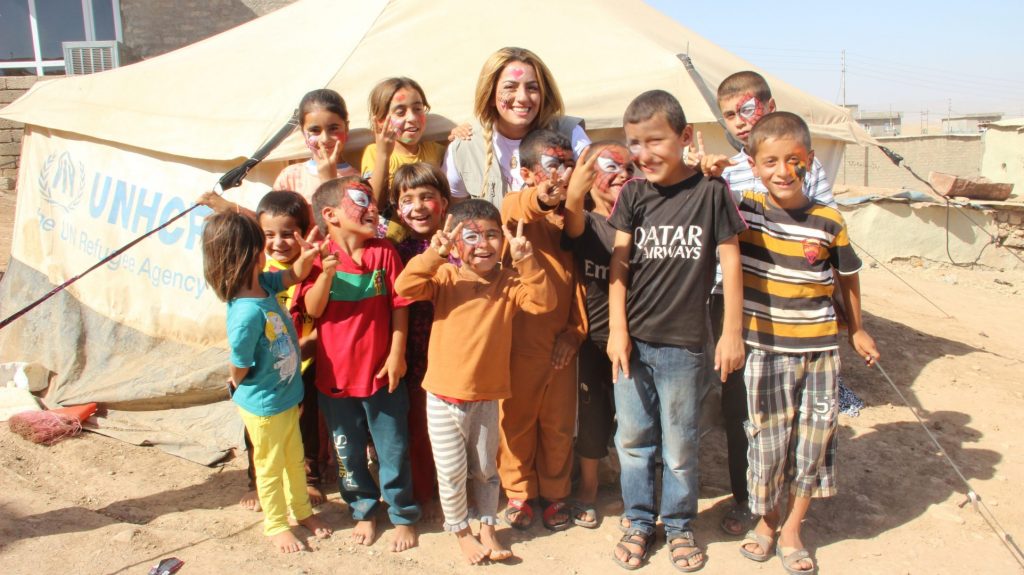 The situation has remained grim in Iraq where, according to an OHRCR/UNAMI report, 1,600–1,800 or more Yezidis have been murdered, executed, or have died from starvation. Matthew Barber, a scholar of Yezidi history at the University of Chicago, compiled a list of names of 4,800 Yezidi women and children who had been captured (estimating the total number of abducted people to be possibly up to 7,000) (http://www.dailymail.co.uk/news/article-2792552/full-horror-yazidis-didn-t-escape-mount-sinjar-confirms-5-000-men-executed-7-000-women-kept-sex-slaves.html).

It began in the wake of August 2014, when ISIS terrorists began a genocidal attempt to eradicate the Yezidi population who lived in numerous towns located in the Nineveh and Duhok governorates in Northern Iraq. Of these towns, there were Yezidi majorities or significant populations in Sinjar, Zummar, Wana, Bashiqa, Kocho, Kawju, and Wardi. During the attack on these towns, thousands of Yezidis fled for their lives to avoid captivity from ISIS. Approximately 40,000 people initially fled from Sinjar and took refuge in the bare mountains of Mount Sinjar, surrounded by ISIS, many of them were killed or captured. Apart from the fear of captivity the Yezidi’s lacked food, water and other basic amenities. They had to face unbearable heat for days with little or no help (https://www.freeyezidi.org/what-is-happening-to-the-yezidi-people).

“I was at my Uncle’s place when we were told that ISIS has attacked. We had to flee, I remember we walked at night and during the day we had to hide in the Sinjar mountains with no food or water and the heat was unbearable. I was very sick, I had stomach cramps but I had no alternative but to walk and walk, fearing for our lives. I don’t know who rescued us, I was unable to think or focus properly. Some kind soul gave us a lift in their truck and that is how I reached the refugee camp. I thanked God, that I have escaped the captivity of ISIS. I still shudder to think what would have happened if I had fallen in their hands, like some of my neighbours did” (Yabtsim, Yezidi girl in Khange camp, Northern Iraq). 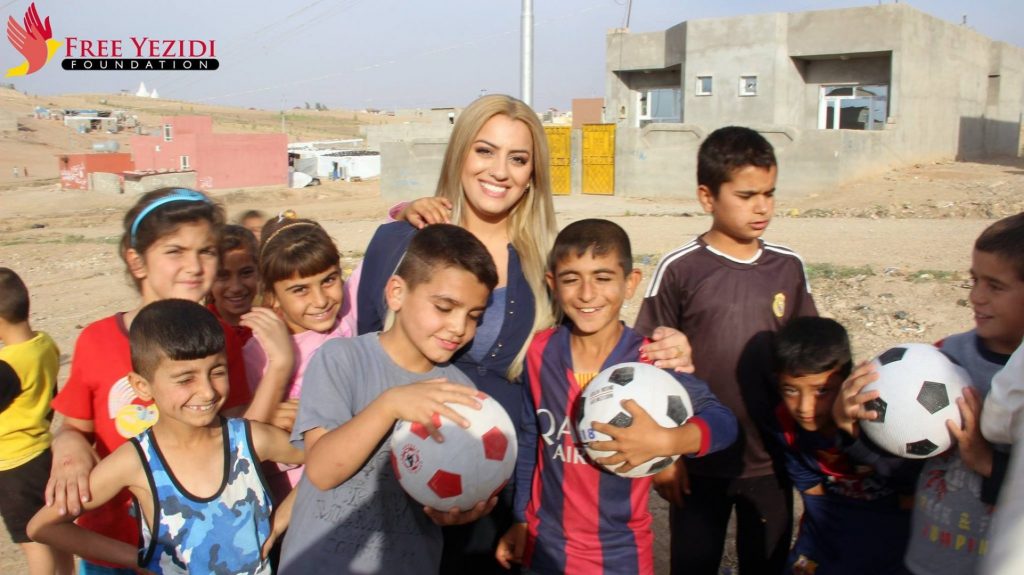 In the safety of a refugee camp the mind is flooded with the thoughts of one’s future and thoughts of living life once again in a dignified manner. “Most of them are traumatised and suffers from painful memories. We organize art classes and while I was asking one of them to draw something, she just broke down. She said I can’t, I have nothing inside me, I am nothing, anymore…….”, according to Zazi Ibrahim, Country Coordinator, Free Yezidi Foundation.

Conflict has always affected formal education systems in diverse and frequently unexpected ways. The disastrous effects of conflict on education systems has not been specific to any one region. Children are affected by war in ways that can directly impact their ability to learn or at times return to a normal schooling system. Trauma and its manifestation among war-affected children can be seen for a very long time in a child’s social and psychological wellbeing. Yet what is as striking along with the the horrifying diversity of child exploitation in modern warfare is the real life evidence of a child’s resiliency in the face of it. War transforms lives, and although the changes are primarily negative and frequently severe, the potential to excel in school and elsewhere already exists within children and may even become stronger post trauma.

“I think education is the only way that I can gain back my confidence in life. I want to study and earn my own living, I want to become a complete human being again.” (Yezidi victim from Khange camp).

The ability of war to impact the lives of children is so great that even limited exposure can leave lasting and indelible impressions. The recovery is slow but “formal engagement in education can take them out of this trauma” (Zazi Ibrahim, Country Coordinator, Free Yezidi Foundation). The Free Yezidi Foundation is organizing art courses, computer literacy courses and imparting basic education for these children in the camp.

“These are just the beginning what we need to is to rehabilitate these traumatised girls into main stream life. We need job based training to be imparted to them”, (Zazi Ibrahim, Country Coordinator, Free Yezidi Foundation). 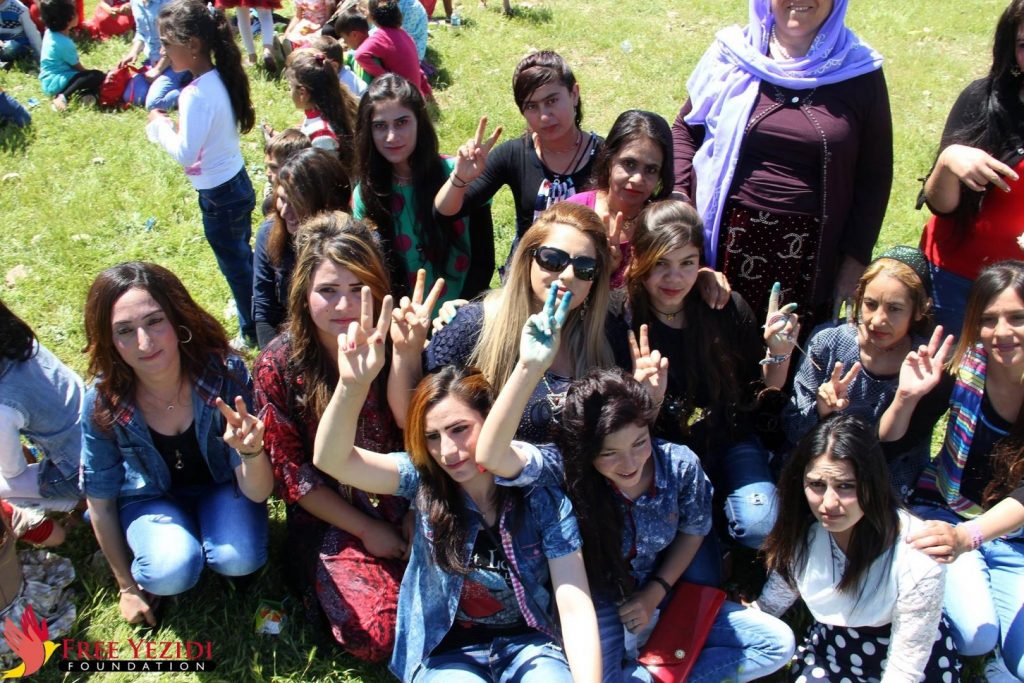 Re-establishing the formal education system is a goal shared by war-affected communities and emergency educators alike. The initial phase of education should comprise of psycho-social education, but the real challenge lies in educating for rehabilitation. Along with psycho-social schooling a normal routinized schooling perhaps might help them to forget their trauma for the time being. Training projects likes nurses training, training in fashion and beauty would not only make them self-sufficient but help them in building their confidence.

“I want to be educated, I believe that education will help me become stronger, I can earn money and then I will not become a mere victim of a circumstances anymore, I will have the economic power to look after myself and people like me” (Yabtsim , Yezidi girl in Khangee camp). 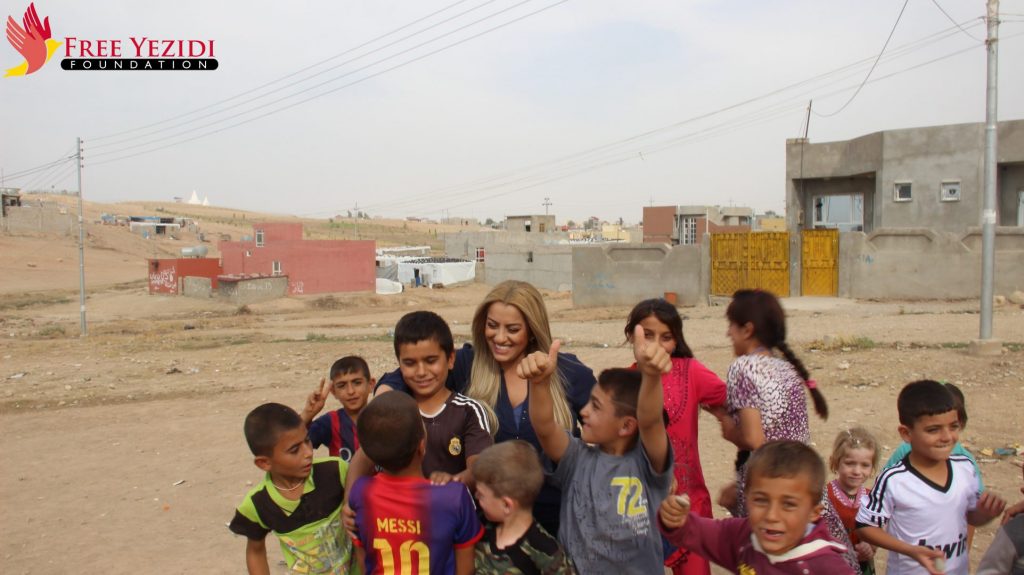 The need for education during wartime emergencies and post-war transitions remains a small field, even though the potential benefits of education in time of crisis is often neglected, where survival takes its precedence. Learning to prepare for, adapt to, and respond to crises that can render education systems dysfunctional requires a proactive response. The meaning of education may change and curriculum may alter giving way to psychological interventions, but education needs to look beyond the war-time and prepare the children once again for a stable future.

About the Author: Patrick Blessinger

Patrick Blessinger is the founder, executive director, and chief research scientist of the International HETL Association. He is a Governor’s Teaching Fellow for the State of Georgia, USA, and a Fulbright Senior Scholar to Denmark.