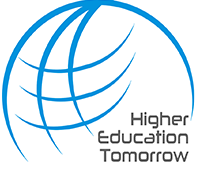 This article first appeared in University World News Higher education and the emerging environmental revolution Patrick Blessinger, Mandla Makhanya, and Mirela Panait Over the past 250 years, the world has experienced unprecedented political, economic, social, technological and environmental change. In addition to the many socio-politico revolutions that have occurred over the past 250 years, much of the progress during this time period has been the result of industrial revolutions. These industrial revolutions have transformed the planet in many ways – both positively and negatively. The First Industrial Revolution (circa 1760 CE to 1840 CE) was mainly characterised by the invention of mechanised manufacturing technologies – for example, tools, machinery and steam engines – which set the foundation for future revolutions. The Second Industrial Revolution (circa 1870 CE to 1914 CE), also known as the Technological Revolution, was mainly characterised by the diffusion of electrification, mass production, mass transportation and mass communication systems – for example, electricity, steel, petroleum, [...]

Urban Renewal is Key to Sustainable Development Patrick Blessinger and Abhilasha Singh Currently, over half of humanity lives in cities. This percentage is expected to increase as more people around the world continue to move from non-urban locations to urban areas in search of economic opportunity and better social conditions. These two factors are key motivators in their search for better work conditions and a higher quality of life for themselves and their families. In response, cities are challenged with providing basic services for this influx of new residents such as housing/shelter, security services, healthcare services, and basic infrastructure needs like sanitation, utilities, and transportation. Without these basic services, cities run the risk of increased crime and homelessness. A century ago, when the majority of people lived on farms, they arguably were more self-sufficient because they could grow their own food and live off the land. Although they did not [...]

Education 4.0 and its Key Role in Sustainable Development

This article first appeared in University World News Education 4.0 and its key role in sustainable development Patrick Blessinger, Ahmad Samarji and Haydeé Ramírez Lozada Since the First Industrial Revolution (circa 1800), humanity has experienced several major waves of political, economic, social, technological, and environmental development. These major waves of development have come to be termed 1.0, 2.0, 3.0, and 4.0 as a way of classifying the major turning points since the First Industrial Revolution. Many people believe that the world is now experiencing a fourth wave (4.0) of development. Thus, in the fourth wave, Education 4.0 coincides with Globalisation 4.0, Industry 4.0, Society 4.0, Web 4.0, and Environment 4.0. This broad system of classification can serve as a useful mental model to bring clarity to the key factors driving global development. Globalisation 4.0 is characterised by hyper-connectivity and the rapid (or instantaneous) movement of goods, capital, energy, people, and information as a result of [...]

The Emerging Learning Society Patrick Blessinger, Habiba Chaoui, Hari Kamali, and Inge Rozendal The advent of the Digital Revolution (also known as the Third Industrial Revolution – circa 1960 CE to 2000 CE) ushered in the Information Age. This period was characterized by the ubiquitous use of information and communication technologies, especially digital technologies such as computers, robotics, and the internet. During this period, relatively simple data-based systems (to process raw facts) gradually developed into more sophisticated information-based systems (to support human decision-making) and eventually developed into more complex knowledge-based systems (to generate new knowledge). At each level of processing (data to information to knowledge), more meaning, context, and value are being added to the sense-making process. These systems are, if effective, extensions of human intelligence. Since there are inherent limitations and constraints on what the brain and nervous system can do, humans use their intelligence to design and [...]

Rethinking Humanity’s Relationship to the Planet

Rethinking Humanity’s Relationship to the PlanetPatrick Blessinger, R. Kavena Shalyefu, and Gisele M. ArrudaLike all species on planet Earth, the story of humanity is the story of survival. However, unlike other species, the story of humanity is the story of overcoming the greatest of odds (perhaps a one hundred trillion to one outcome) to emerge as the dominant species on the planet. Since living organisms first evolved billions of years ago, it has taken a very long time for life to evolve from simple microorganisms to intelligent life (humans). Since humans are now the dominant species on Earth, they have also become the voice of the planet and, as such, have assumed an ethical responsibility to protect the planet.Given the vastness of the universe (trillions of light-years across) and the estimated 200 quintillion habitable planets in the known universe, it is likely that lifeforms exist elsewhere. However, there is still [...]

Humans are Extraordinary, but Need a Change in Mindset

Humans are Extraordinary, but Need a Change in Mindset Patrick Blessinger, Abhilasha Singh, Fareeda Khodabocus, and Amudha Poobalan Humans are an extraordinary species in many ways. From their modest beginnings along the East African Rift many millennia ago, humans have evolved to develop some remarkable traits – physical, mental, and social. As a result, not only have humans become the most dominant species on the planet, but they have also become by far its most intelligent, imaginative, adaptable, and resourceful species. This outcome is the result of some very fortuitous events that have happened to humans along their evolutionary pathway. Over the course of their evolution, humans have hit the evolutionary super jackpot several times (perhaps a one hundred trillion to one outcome) when they developed the following advantageous traits, among others: bipedalism, opposable thumbs, the hyoid bone, and, consequently, big and powerful brains. For example, bipedalism is likely the foremost characteristic that put hominids on [...]

Knowledge for the Global Common Good

Knowledge for the Global Common Good Patrick Blessinger and Enakshi Sengupta Since the dawn of the Industrial and Democratic Revolutions (circa 1800 CE), the impact of human activity on the planet has accelerated and the human species has become, for better and worse, the dominant influence affecting life on planet Earth. In some ways (for example, major decreases in illiteracy, poverty, child mortality), the world has become significantly better off since the dawn of these revolutions. In other ways (for example, major increases in mass carbon emissions and deforestation), the world has become worse off over the course of these revolutions. The development of the sustainable development goals is aimed at addressing these deficiencies. Within this historical context, and within the more modern context of globalization and the development of the sustainable development goals, the world has also emerged into a global knowledge society where access to much of the [...]

Patrick Blessinger is the founder, executive director, and chief research scientist of the International HETL Association. He is a Governor’s Teaching Fellow for the State of Georgia, USA, and a Fulbright Senior Scholar to Denmark.

Patrick on Other Networks